Coming into the club 2 years ago and not realising the history or personalities within AROCKES, it really felt like a bit of a re-union today and everyone made me feel like one of the family. Thirty one members arrived for the Historic Masters, some new like Harry Sutton and his 4c and some
members that I have never met before. Doug Hodson with his dark blue Spider and most of you will that Doug was the previous club chairman before John Third. Then there was Ali Jarman, that arrived with her re-built Spider after the crash that we all thought would see the demise of her vehicle. I last met Ali in 2017 at the Dover Regatta when she sold me a number of raffle tickets that were never destined to win me the motorbike. She is as ever the bubbly person that ever she is! Roger Smith, as always, is as ever larger than life and proved it when he shoe horned himself into the MSV single seater. 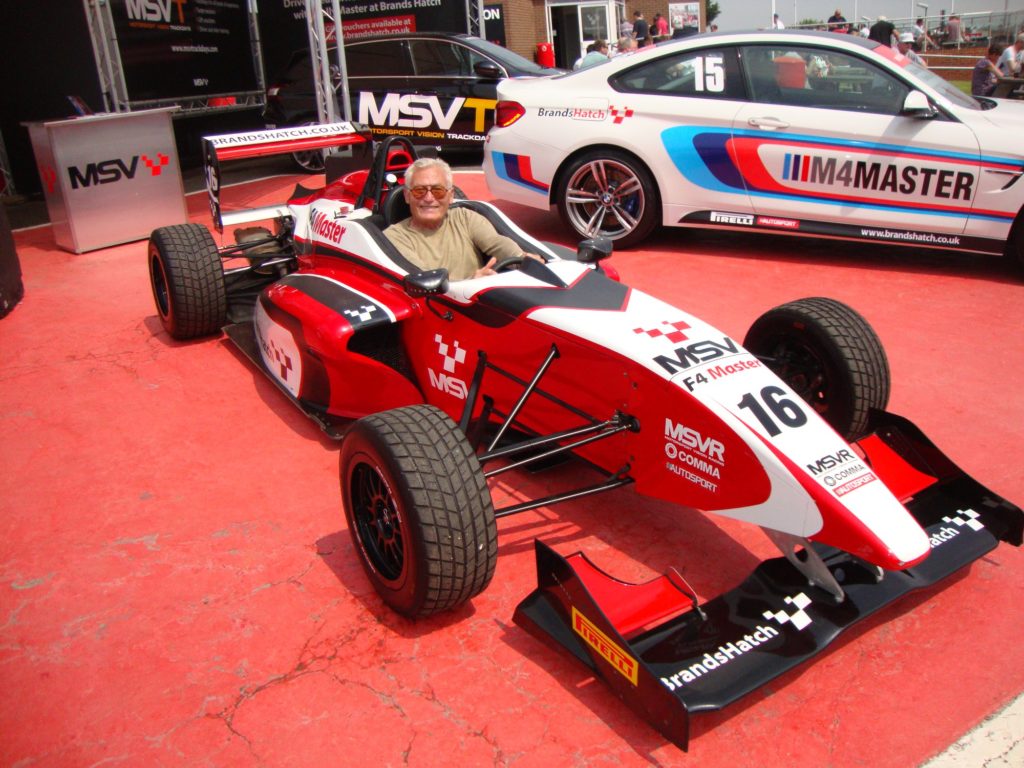 Having extensively told me and waxed lyrical about the recent £3K rebuild of his Kamm tail Spider engine I was ever so keen to have a look … and doesn’t it look fabulous in the “Krinkle” black livery! 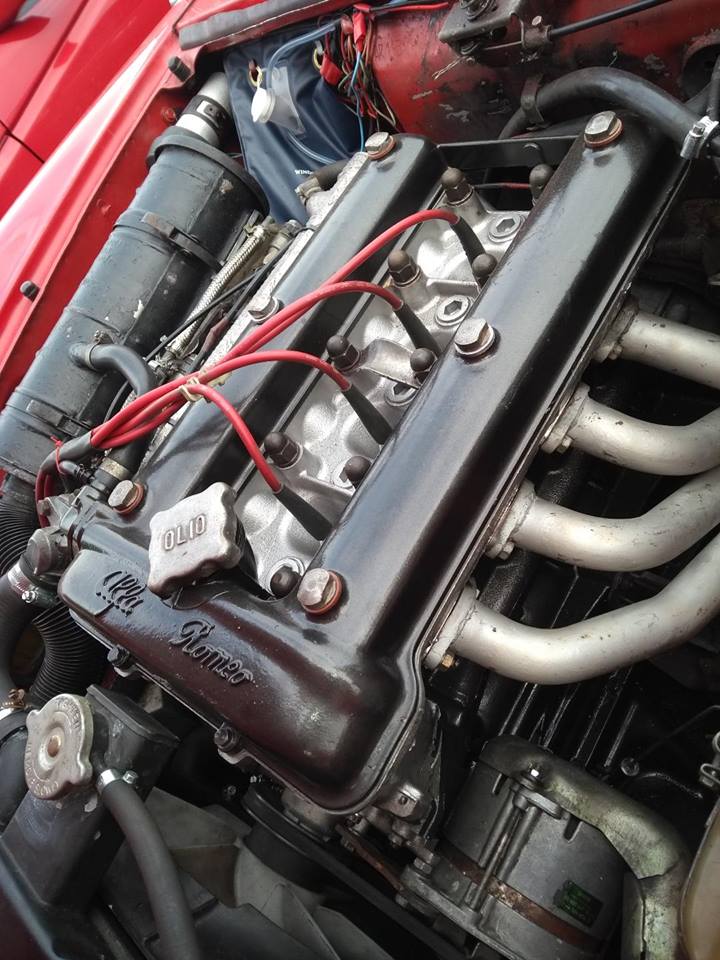 Jack Hodson our technical guru, when it comes to the AROCKES web site, meanwhile was having a bit of a “mare” with his turbo pressure. Which previously had blown the plastic sides off the intercooler and was giving him a bit of a headache? I lent him my tool kit but to no avail as he had to take a visit to the paddock to borrow some bits to get his monster running sweetly again. I look forward to taking pictures of it when he has re-fitted everything. That said it was a bit of an education to see his Alfa stripped back to all the working parts. 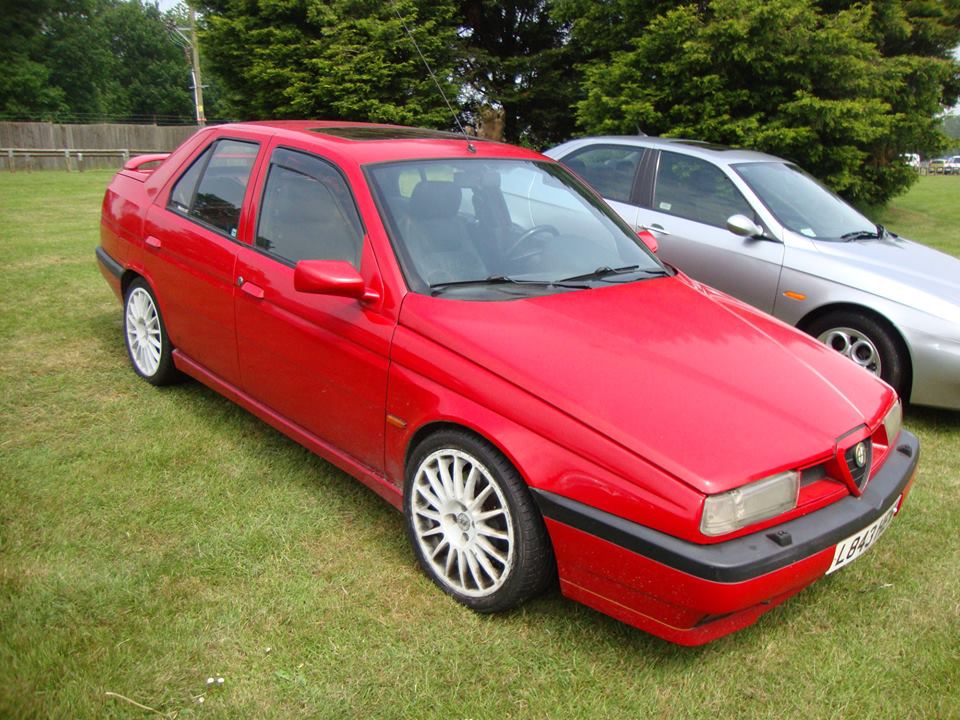 Later in the Afternoon Doug Hodson, that will be Jack’s father, turned up in his Spider that Jack has previously borrowed to travel to Brands Hatch. For those of you that don’t know, Doug was the previous Chairman of the club and it was lovely to see him in his Spider. 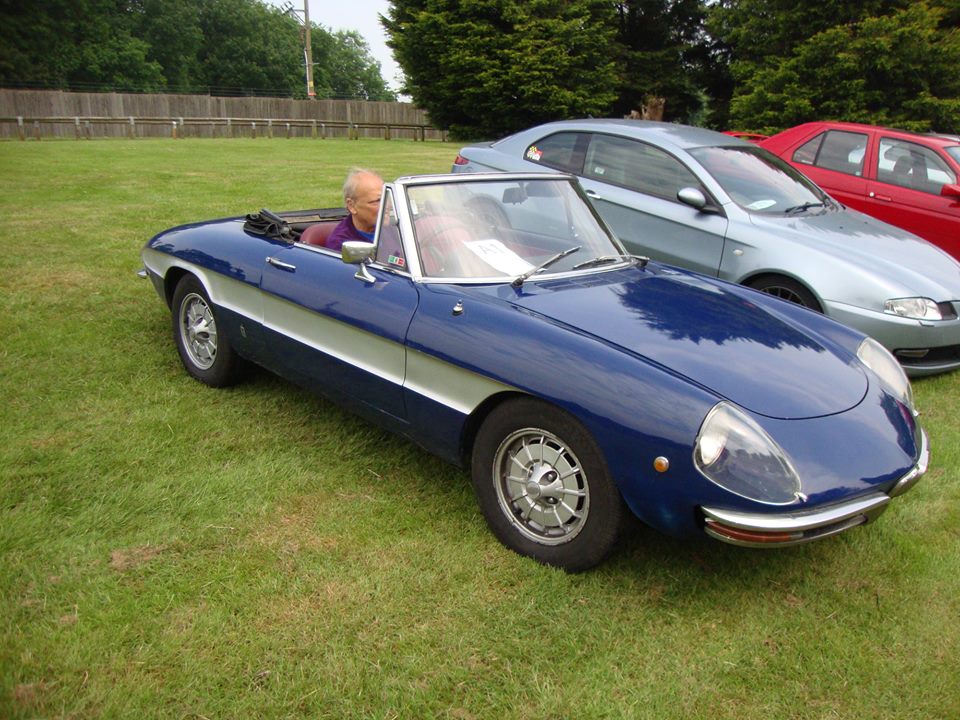 Now at this stage, it would be wonderful to welcome one of our newest club members,” Harry “ and his newly acquired 4c. It is fantastic to see younger members and partners attending these events and I am sure we will get to see a lot more of him in the future. I would have posted a picture of him here but alas I failed miserably. That said what a wonderful machine! 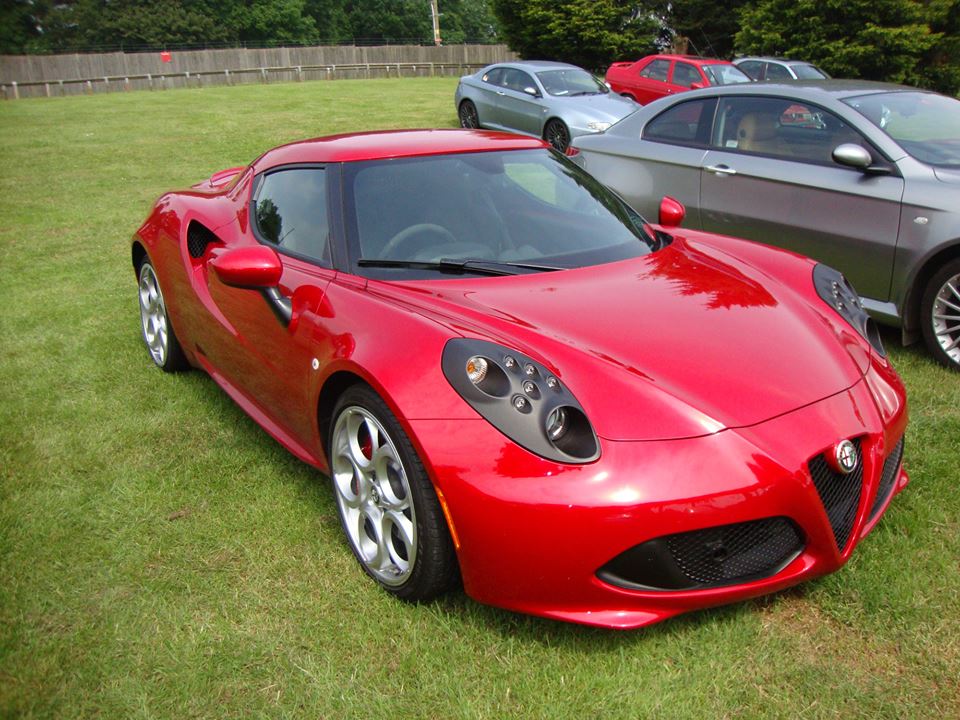 Finally and in no means least, Giovanni and Jacky has always been one of the constants within AROCKES. They are two of the most generous and warm spirited of people I have ever met. I have lost count of the number of times that they have literally produced a complete restaurant and table from the boot of their car to feed the section and today was no exception. I ate Olives, salami, grape juice, garlic bread and biscotti and to prove that all this fits into the boot of his Alfa I offer the following photographic evidence …. 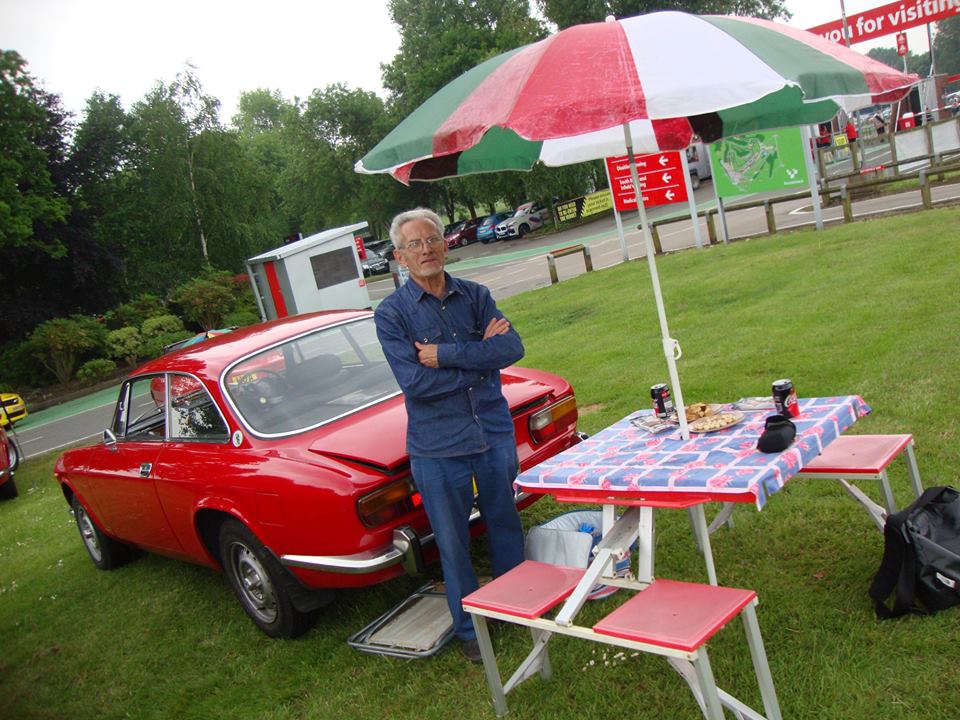 … and all that goes in here… 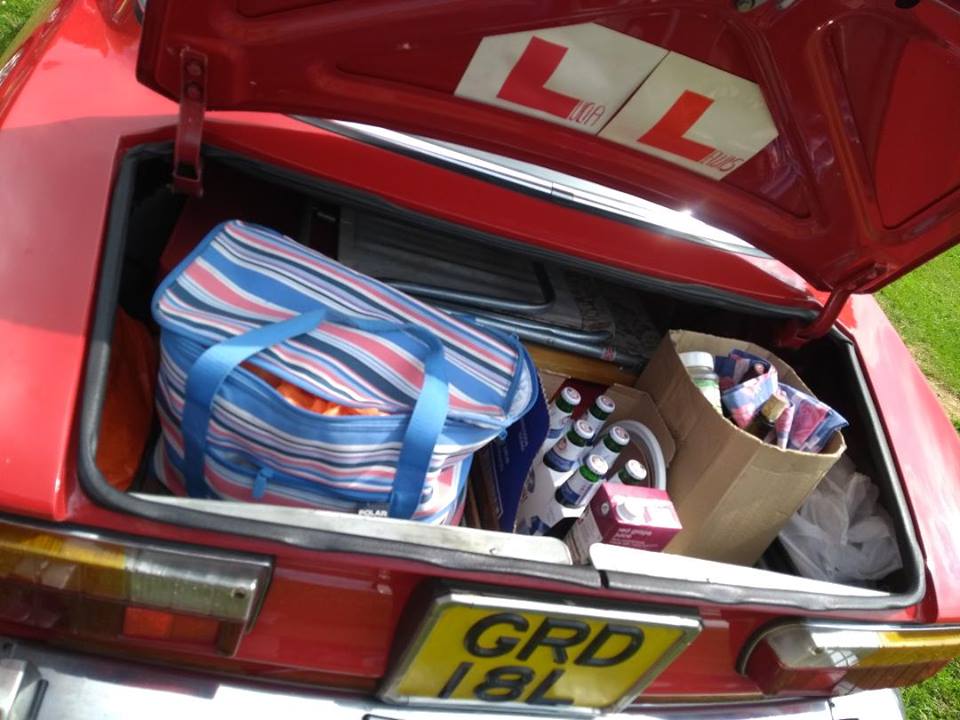 Anyway, during all this, myself and our secretary, Jeff Kaby, were trying to work out why some of the racing drivers were in different cars to the programme and our chairman, John Third, was adding numbers to his pedometer thingy in a walk around the circuit.

All in all it was a pretty brilliant day, blasts from the past, from well before my time, new members and re-unions.

In short this was a good day! 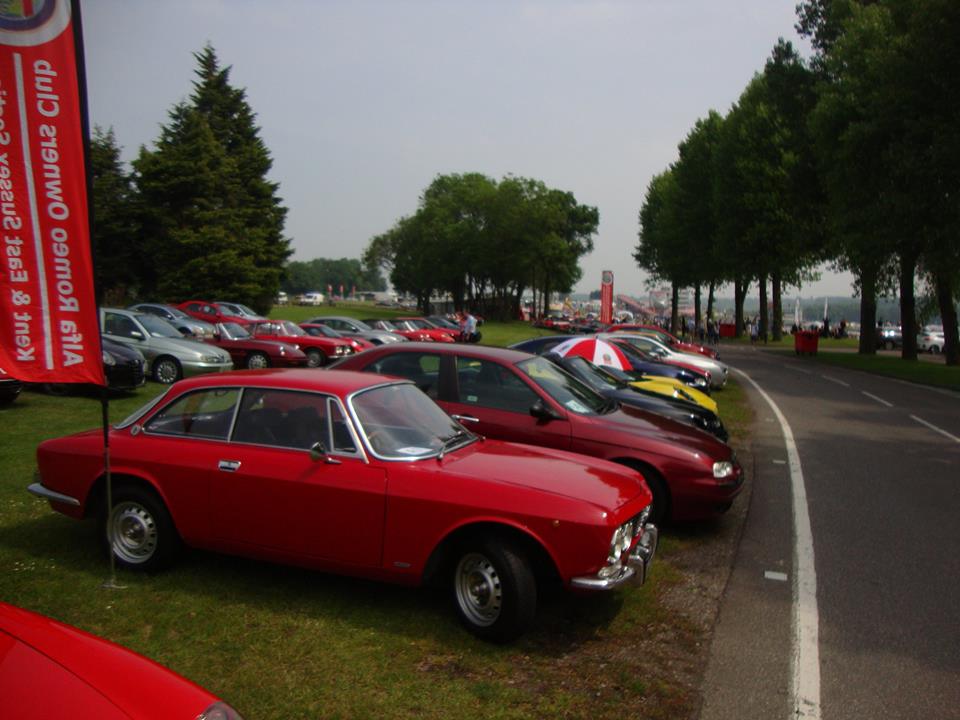