The Darling Buds of May is a comedy drama television series, produced by Yorkshire T.V for ITV first broadcast between 7 April 1991 and 4 April 1993. It is an adaptation of the 1958 novel of the same name by H.E. Bates.

The title is from the third line of Shakespeare’s sonnet 18….

“Shall I compare thee to a summer’s day?
Thou art more lovely and more temperate:
Rough winds do shake the darling buds of May,
And summer’s lease hath all too short a date:
Sometime too hot the eye of heaven shines,
And often is his gold complexion dimmed,
And every fair from fair sometime declines,
By chance, or nature’s changing course untrimmed:
But thy eternal summer shall not fade,
Nor lose possession of that fair thou ow’st,
Nor shall death brag thou wander’st in his shade,
When in eternal lines to time thou grow’st,
So long as men can breathe, or eyes can see,
So long lives this, and this gives life to thee.” 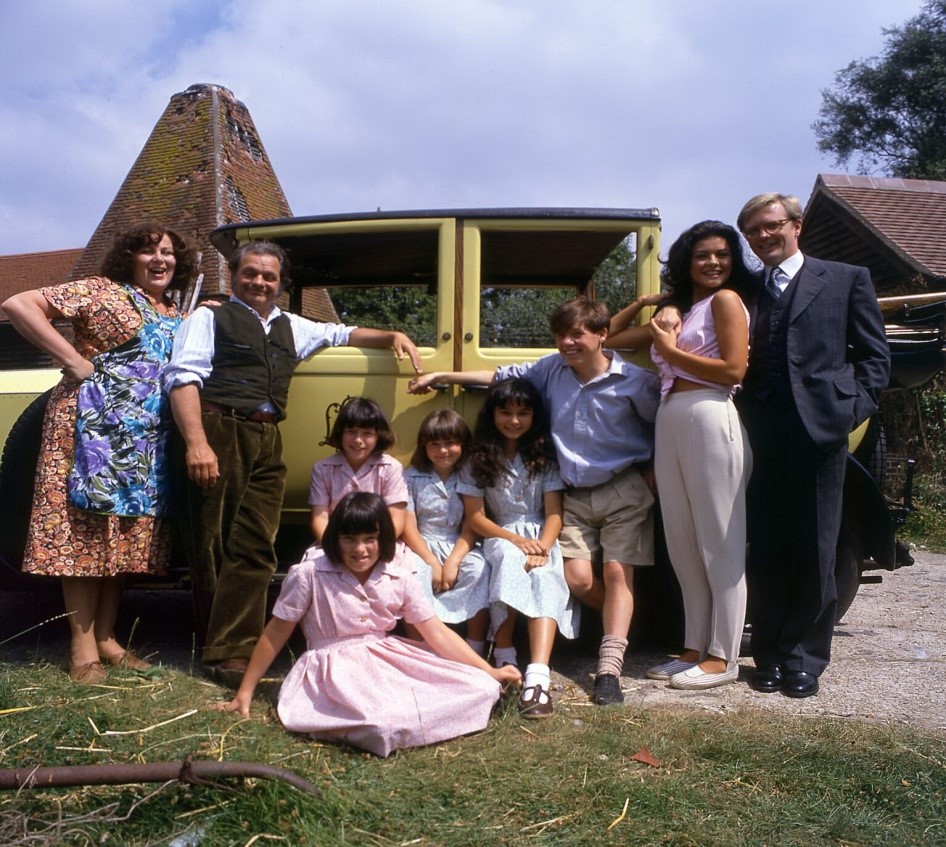 … and that is about where the connection with this car show ends as the location now consists of the original set, fully restored and a few holiday chalets for the upper end of the market. 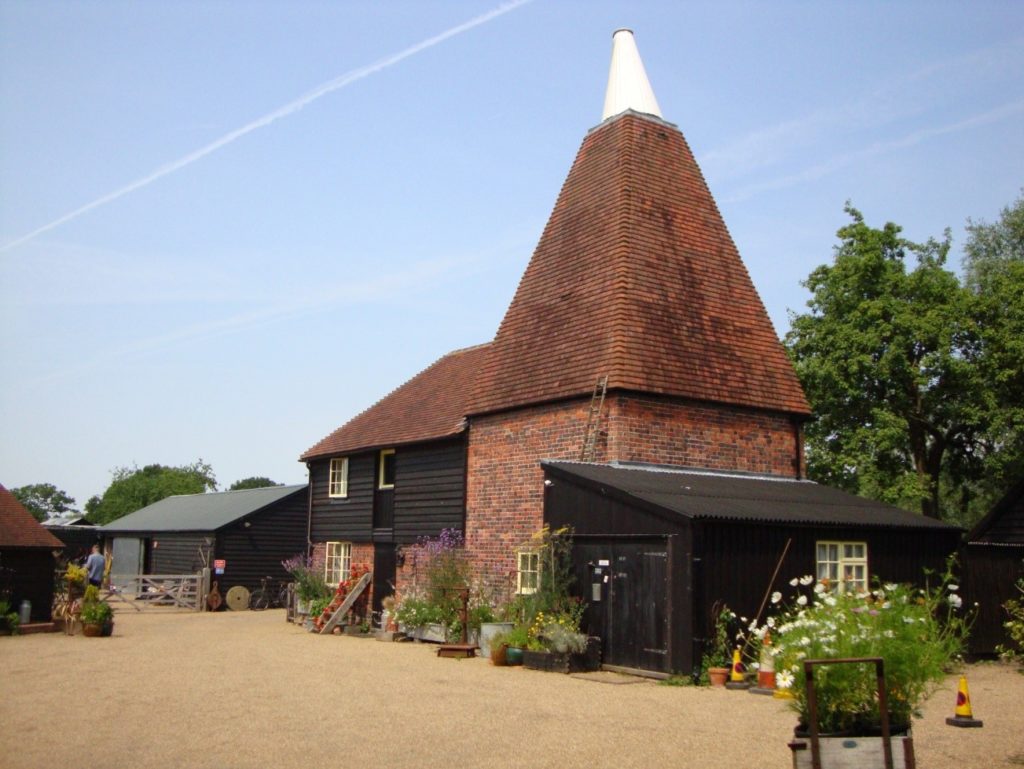 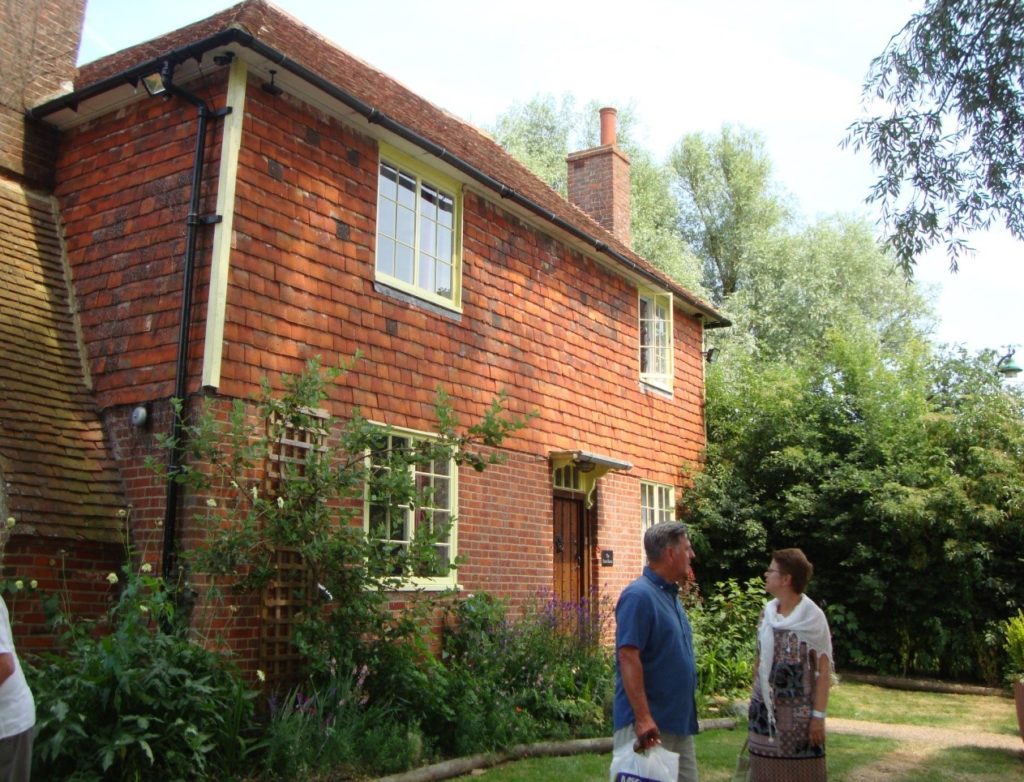 The field opposite being the venue for the classic Music and Motors series of car shows by Chris West that are now becoming ever bigger and commercial. Chris still retains the flair for the period and the music which is as ever always good. But being popular you have to get there early. I arrived first for the club and the stewards did not know where to put me. Half an hour later, in an empty field, I worked this out for myself. Many of the club including Tony Twyman and his wife Kay, queued for over an hour to get in and they bought their Grand Daughter. A good job Tony has a clean radiator otherwise like a few of the other classics they would have overheated waiting to get in. Kay, as ever the cool cucumber would never overheat and together once in the venue were parked by poorly briefed stewards away from the club stand. Personally I had to walk in front of Tony’s Alfretta to get it to the club stand through a heaving number of classic car enthusiasts. Did that stop Kay, Tony and the three year old having a good time, no it did not! That three year old was relentless … everyone was subject to the makeup bag and she demolished Roger Smith’s wife Pam’s strawberries from the picnic hamper with a vigour that only a three year old can produce to demolish sweet fruit. Pam knows her Strawberries!! Eventually everyone made it and the gazebo was again put to invaluable use. It was hot, hot and hot! 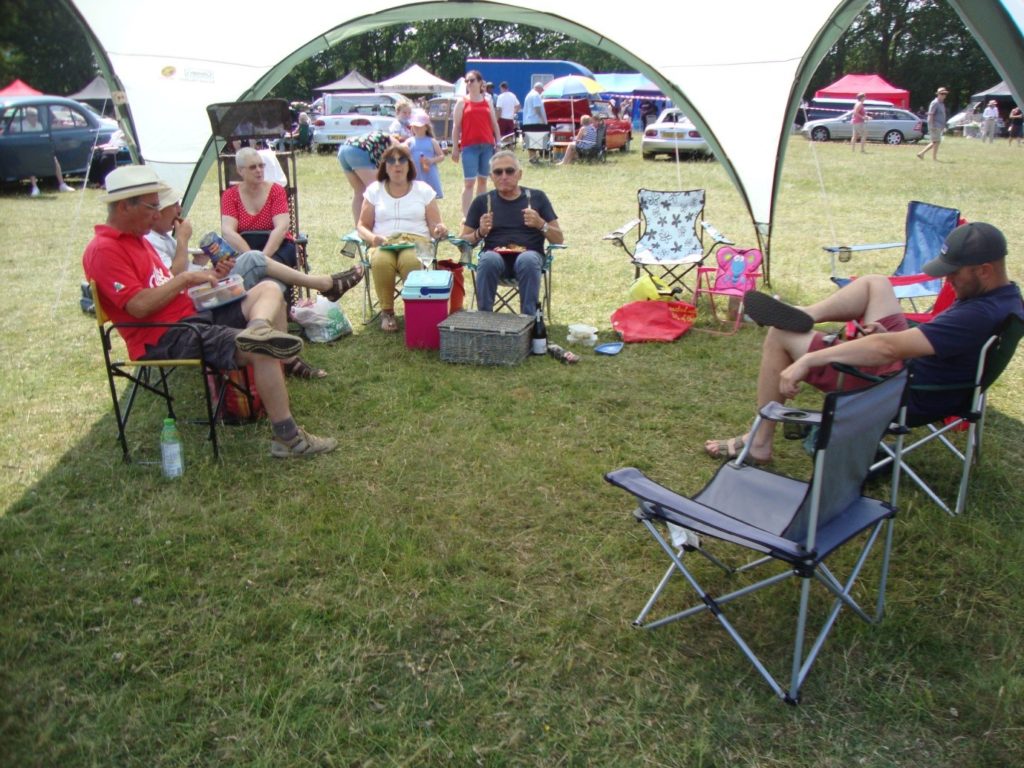 Sadly, I could not keep Tony’s granddaughter still enough or long enough to get a picture of her. But you can see where she was a few moments before by her chair. It was lovely to see so many partners and a grand child there. This is what the club should be about for the future. Member’s cars attending were numbered in their teens and we had a good attendance of spiders with Craig Archer’s 1750 which is about to appear in John Third’s Hever article in the AROC magazine having won Judges Favourite. It is as ever a lovely example of a 1750. Craig I hear has just acquired another and I really look forward to witnessing it’s restoration. Ever resourceful he used his jeans to protect the dash in the searing sunshine … modesty forbids commenting what Craig wore as a replacement after mid-day. 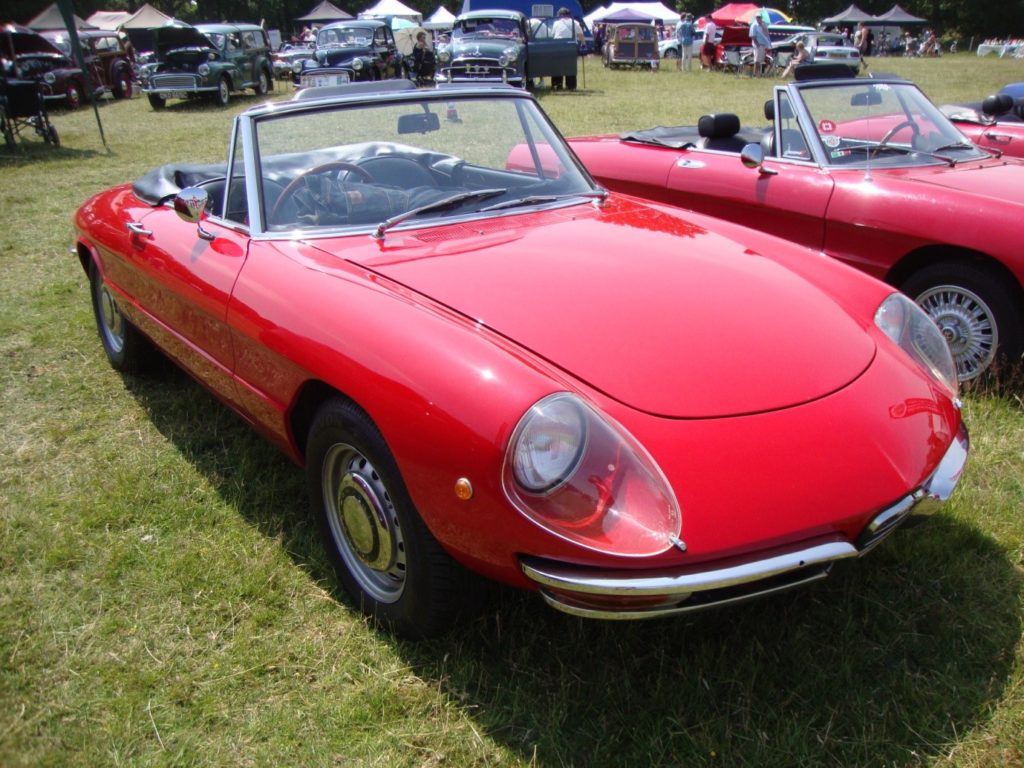 Our Club secretary Jeff Kaby really pushed the boat out this time, as rumour has it that this is the first time that a certain brand of car polish had ever made contact with his phase 3 spider JTS and the results speak for themselves. 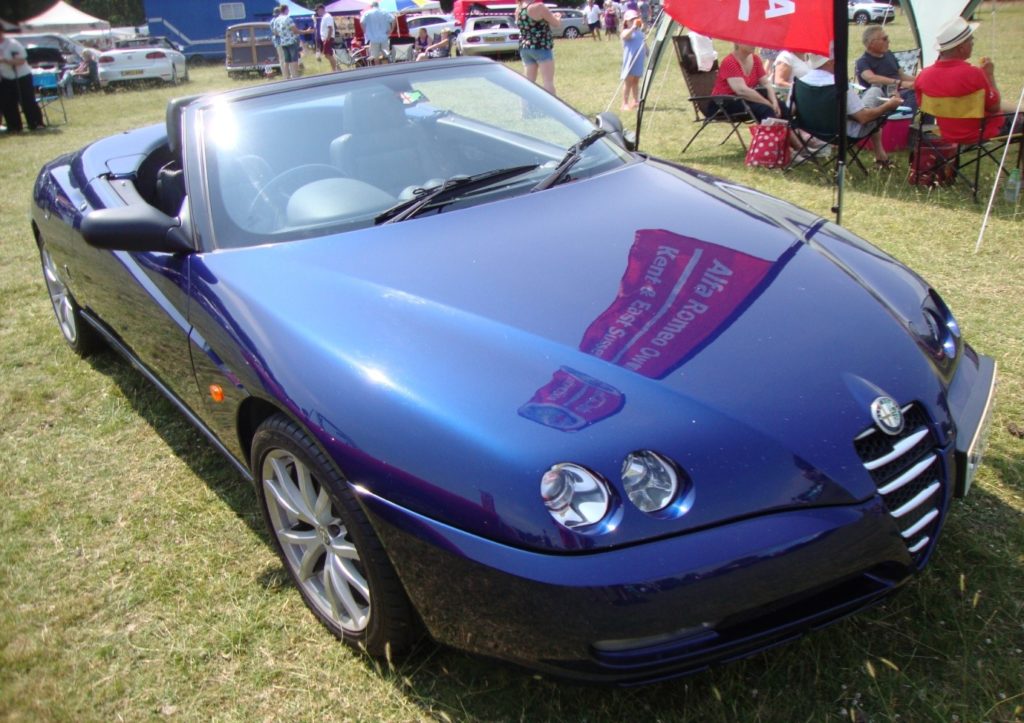 Graham Duplock was in attendance and his 105 always pleases with her fantastic body. Call me Mr suspicious, but he always manages to park his fantastic Alfa with the wheels at quite a sexy angle to set her curves right off. 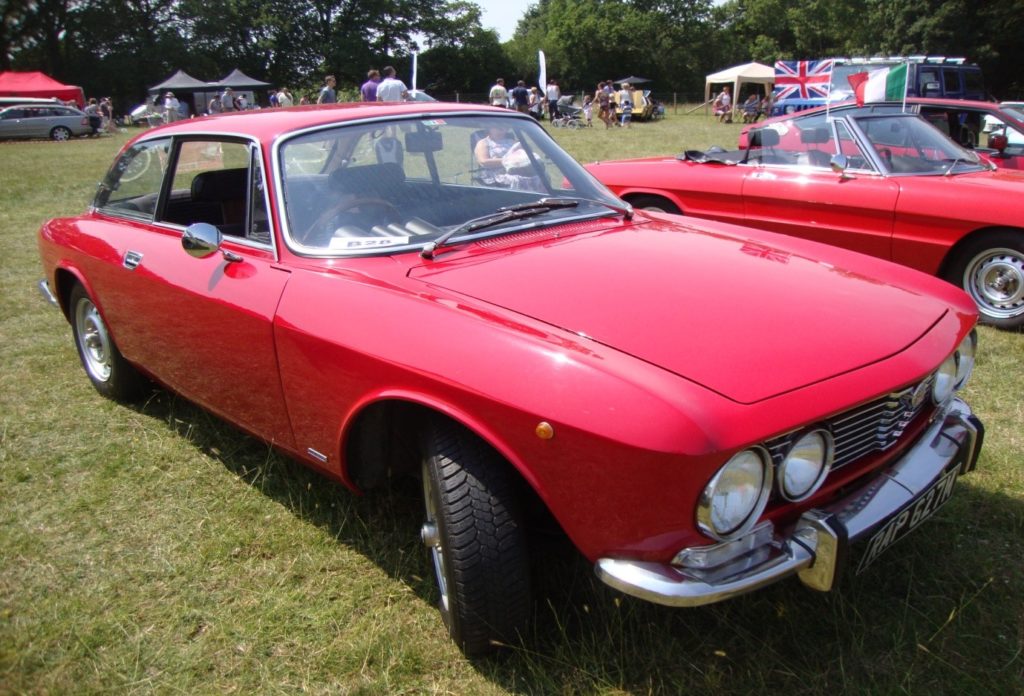 Having ensured everyone was safely together I went for a bit of a wander and went to listen to a bit live music. Rather nice, but a late entrant scattered everyone when it drove through the crowd and really the marshalling could have been a bit better as you can see below  once everyone had run off. 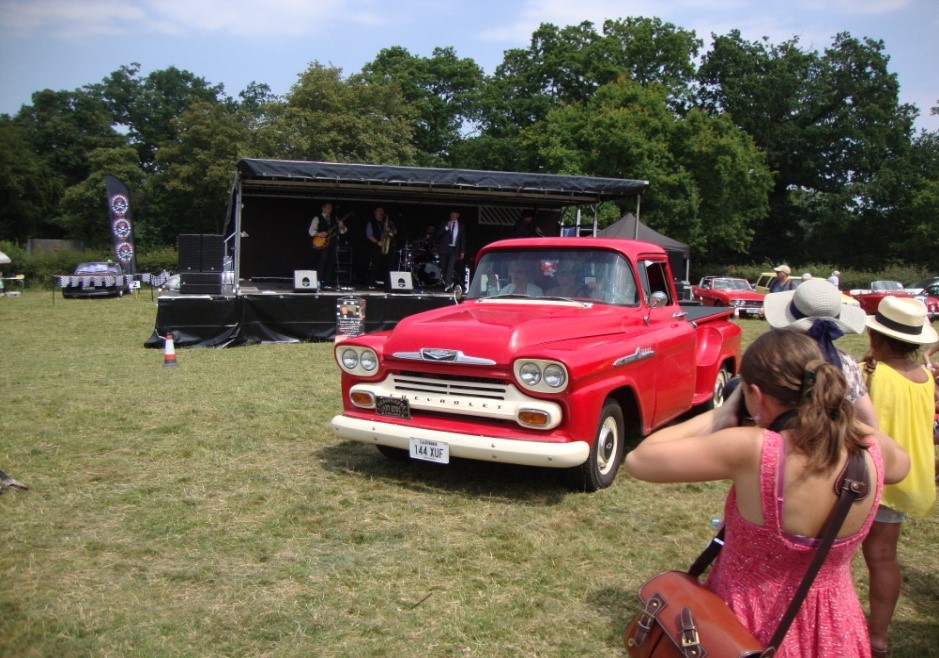 Following that I went to have a look, with Jeff Kaby, at the farm itself and it was almost unrecognisable from my 90’s memories of the T.V series and I have to admit I thought the Morris dancers were a cool touch to add to the atmosphere. 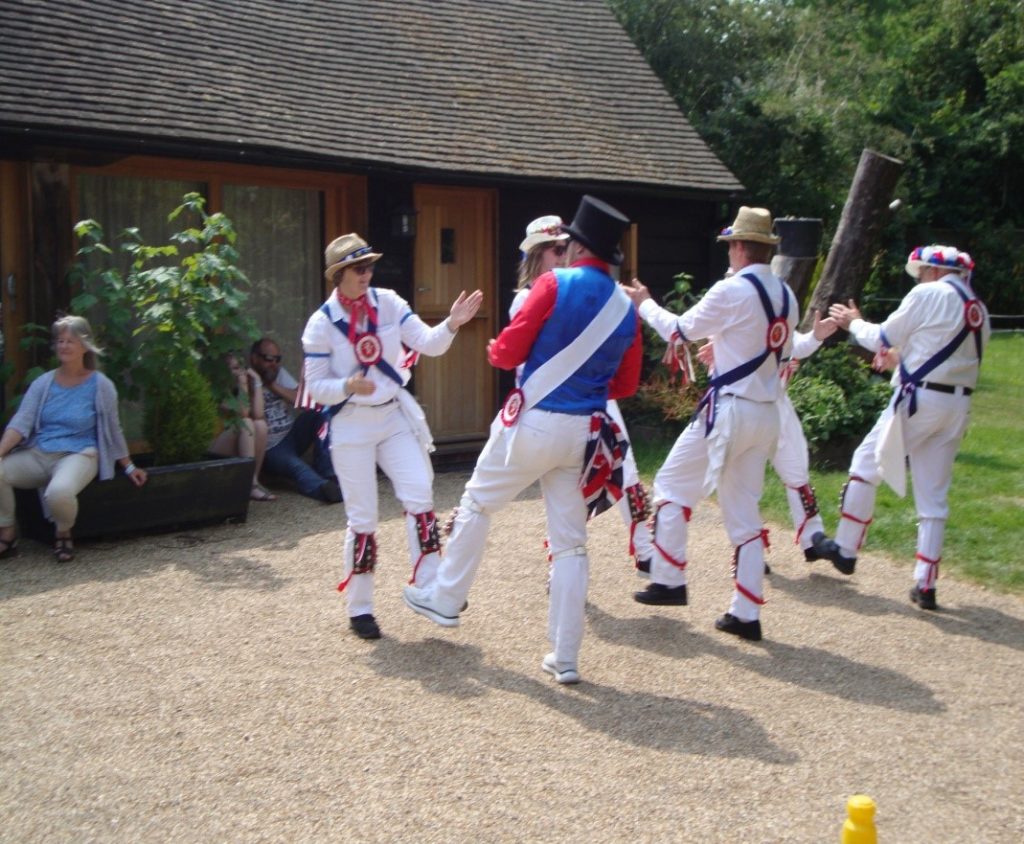 By the time we wandered back having been amazed by Jeff’s knowledge of a two stoke three cylinder diesel Commer lorry engine with six pistons (yes that was a first for me!) we found that by 4 P.M the rest of our club had vanished. The gazebo was still up and Tony Twyman was trying to get his granddaughter and wife Kay away. With due deference to the toddler myself and Jeff struck the gazebo had a bit of a chat and left into what was still a gorgeously hot, Kent, piece of unspoilt countryside.

The question is, would I go to this event again? Well yes I would, but like many other things I would not like to see The Classic Music and Motors series become over commercialised. True there was good food, good stalls and the fantastic chilled atmosphere but I hope the poor marshalling is not the thin end of the wedge. It’s true that times move one and become ever more expensive and we have already had a taste of this with ever closer parking and you know how nervous an Alfa owner gets when a pram or a bike and a handbag walk between our cars with limited space. The other thing is that the marshals were charging a £3 fee to enter the site. I know most shows do this but I still feel that shows like Whitstable with free entry really draw the crowds in especially when some of the CMM shows draw in 900 vehicles, which we all pay to enter. There was a time when exhibitors got in free, but again, times move ever more expensively on. A good day out? Yes it was, especially for partners and children and at the end of the day that’s what makes it good for me and if it means a little more expense, why not? I would hate to be paying Chris West’s insurance bill and it was a good day out. Nothing in life is free! 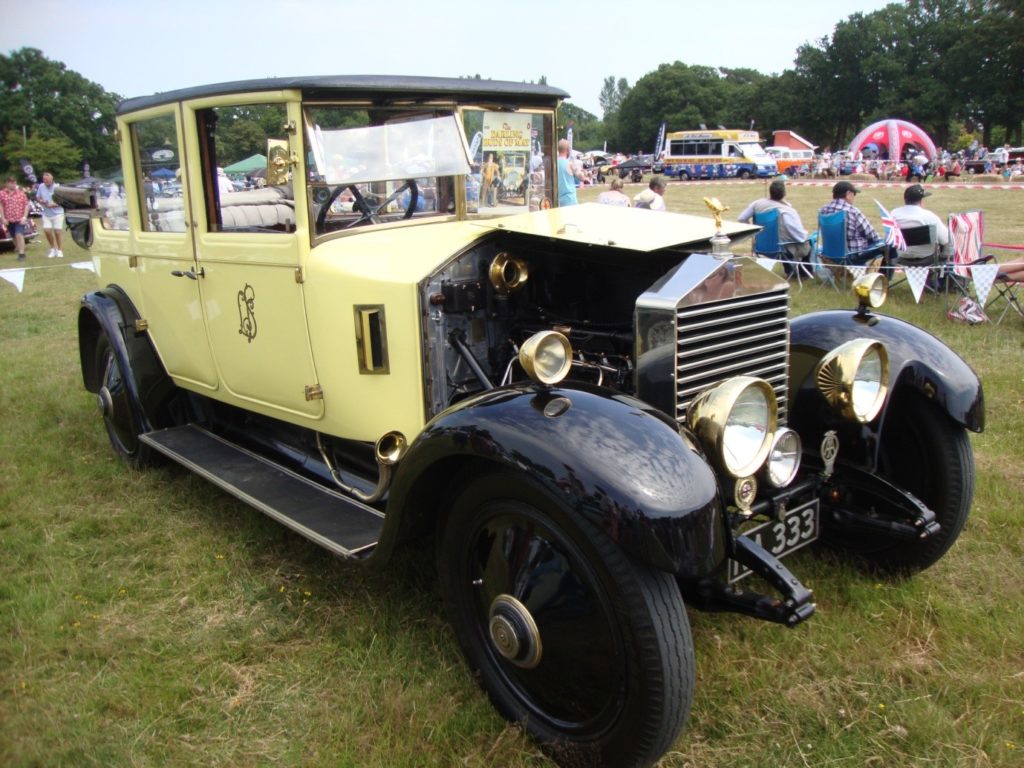 “Pop Larkin’s” original Roller…. did it break down entering the arena? Yes it did! Should have bought an Alfa, who are now offering an 8 year warranty on new models … life moves on.