This was a two day event which had been limited in numbers because of … don’t get me started!

It was a bright Sunday morning when I drove down to Eastbourne from North Kent. It is a deceptively long way but the Spider roof was down for the “full” experience of a first club outing in 2021. Upon arrival at the Western Lawns I was greeted by a South South Westerly Force 5 blowing around Beachy Head, bringing the odd squall and a few white horses! The nautical variety rather than the Mustang type.The Saturday crew officially comprised Dan Kent with his Silver/Green 147, Willie Clapperton with his White Giulia Ti, John Dray with the Red 4C, Dave Hart with a Yellow 916 Spider and Peter Boarer with his Blue Montreal, as well as Bernard Lien-Lambert’s 105 red Spider. 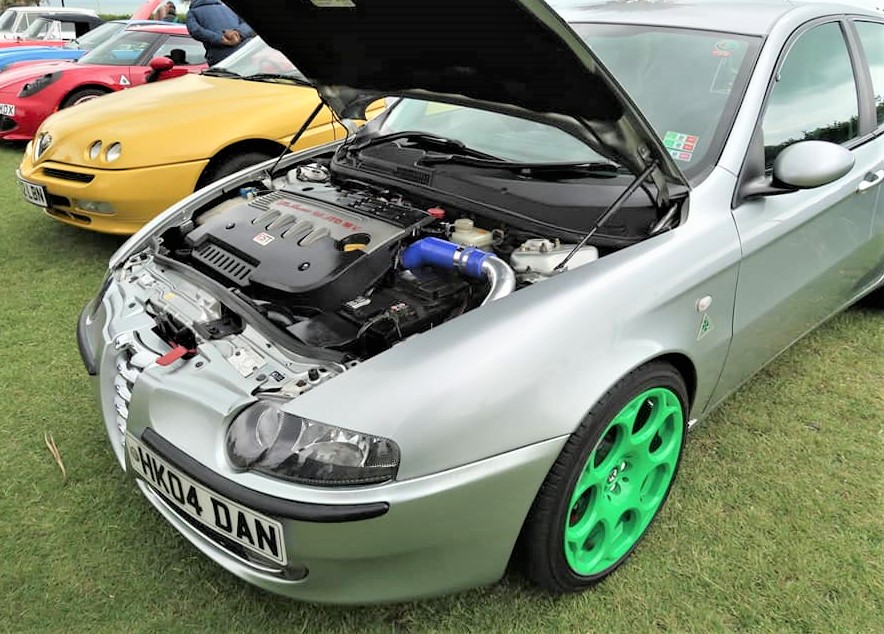 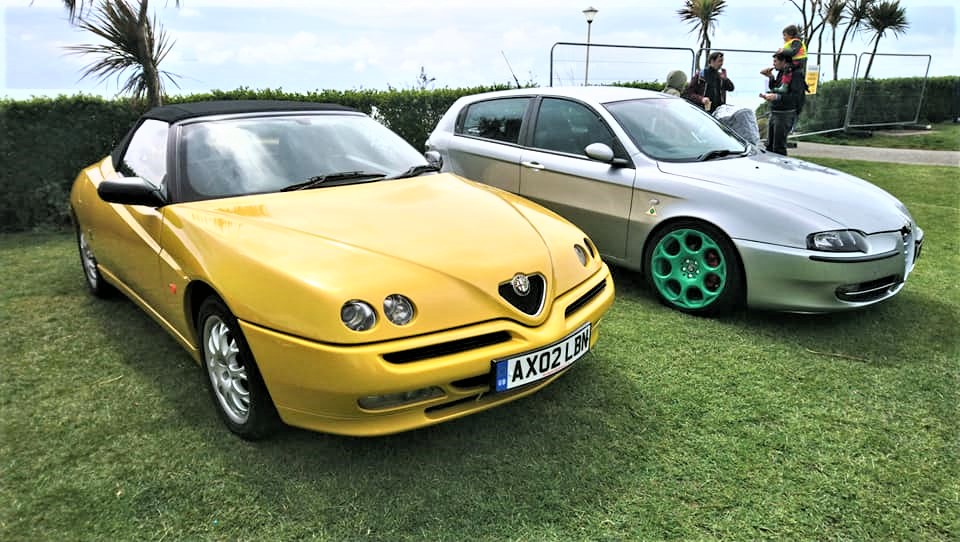 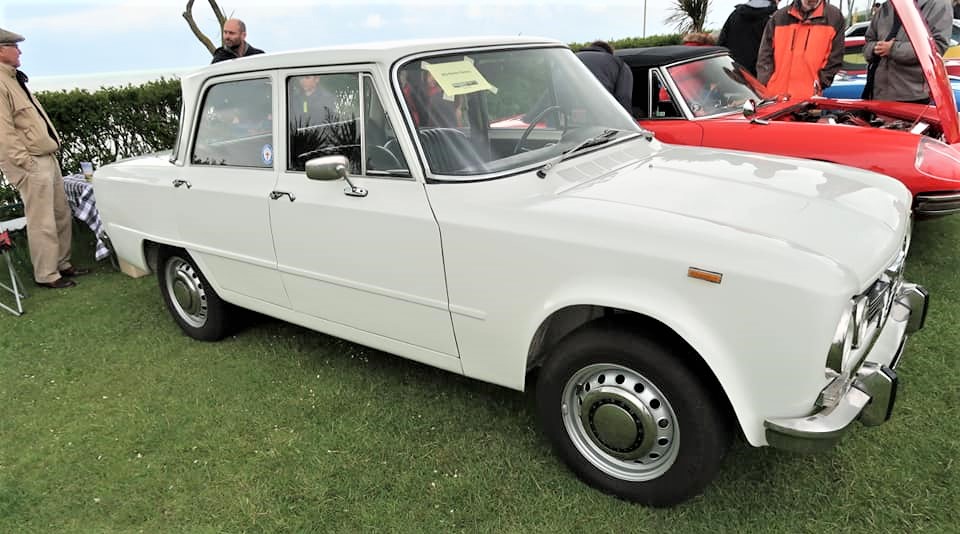 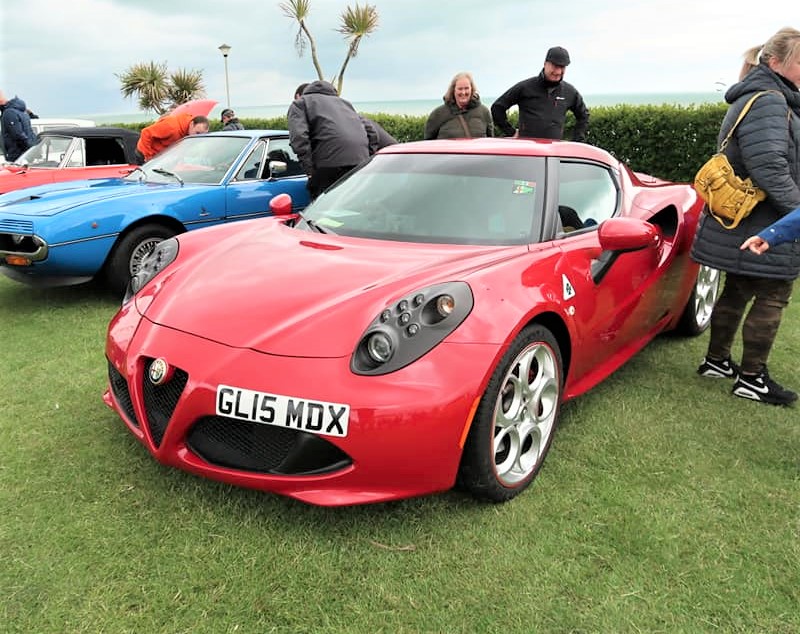 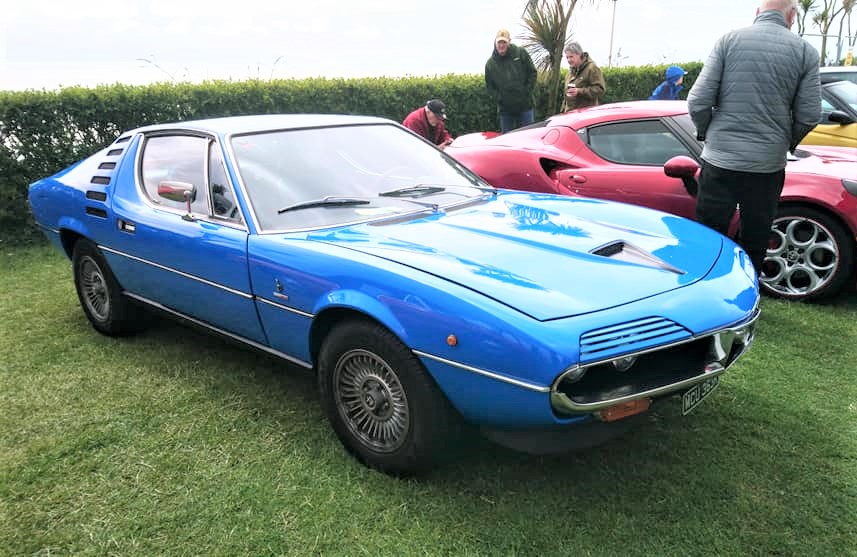 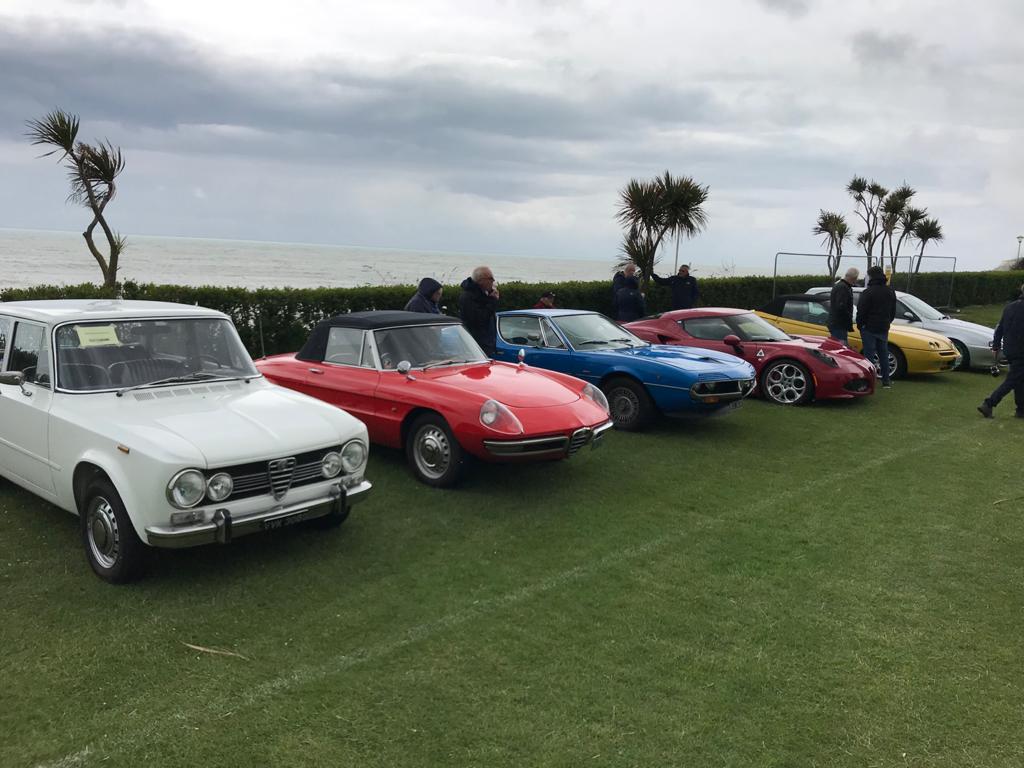 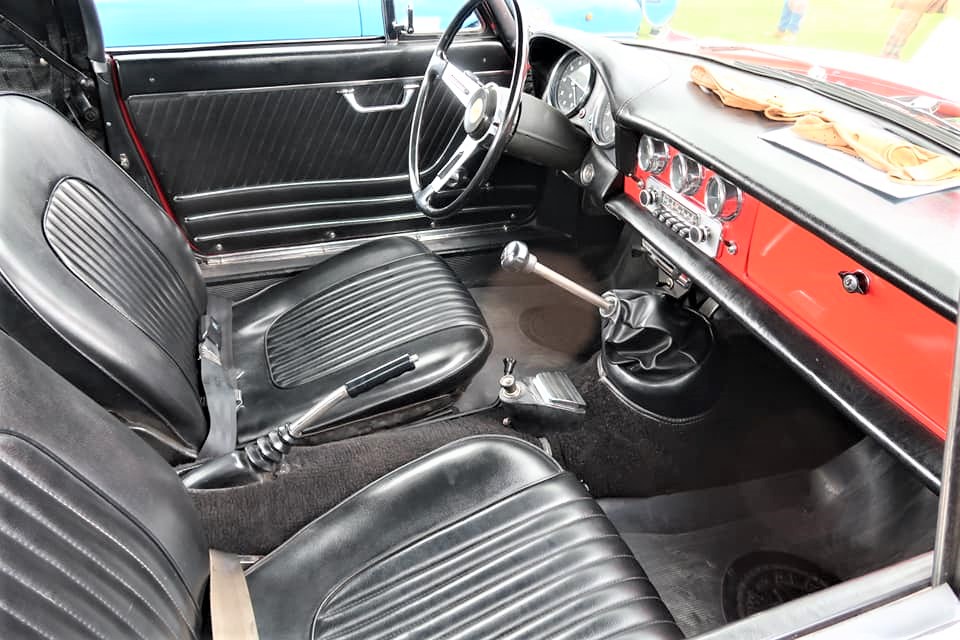 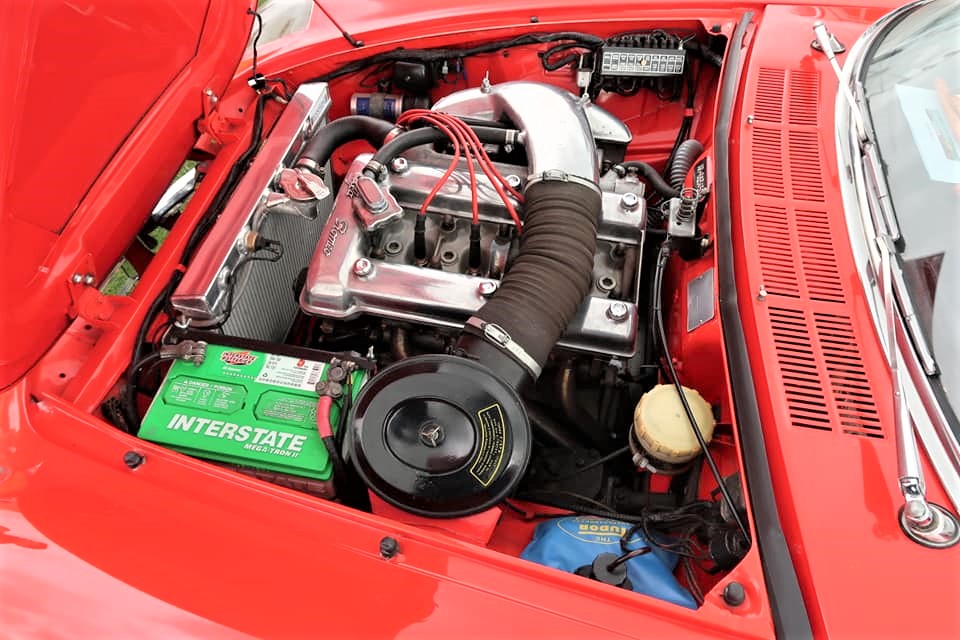 The weather had kept many exhibitors away but a few individuals had managed to gain entry on a solo basis to add very slightly to our numbers so the AROKES display was boosted on Saturday by an immaculate Red 105 series Spider and on Sunday by Dave Norman’s well presented Yellow 916 Spider.

On both days Club members showed examples of classic Italian automotive design from the 1960’s to the present day. Here was sixty years of Alfa Romeo sporting elegance with designs from Bertone, Pininfarina and Centro Stile under Giuseppe Scarnate.

Bernard’s Giulietta Spider cast a ray of Mediterranean blue into to Sunday’s display while on Saturday the captivating lines of the John’s 4C and Peter’s Montreal brought dramatic effect to the threatening skies. 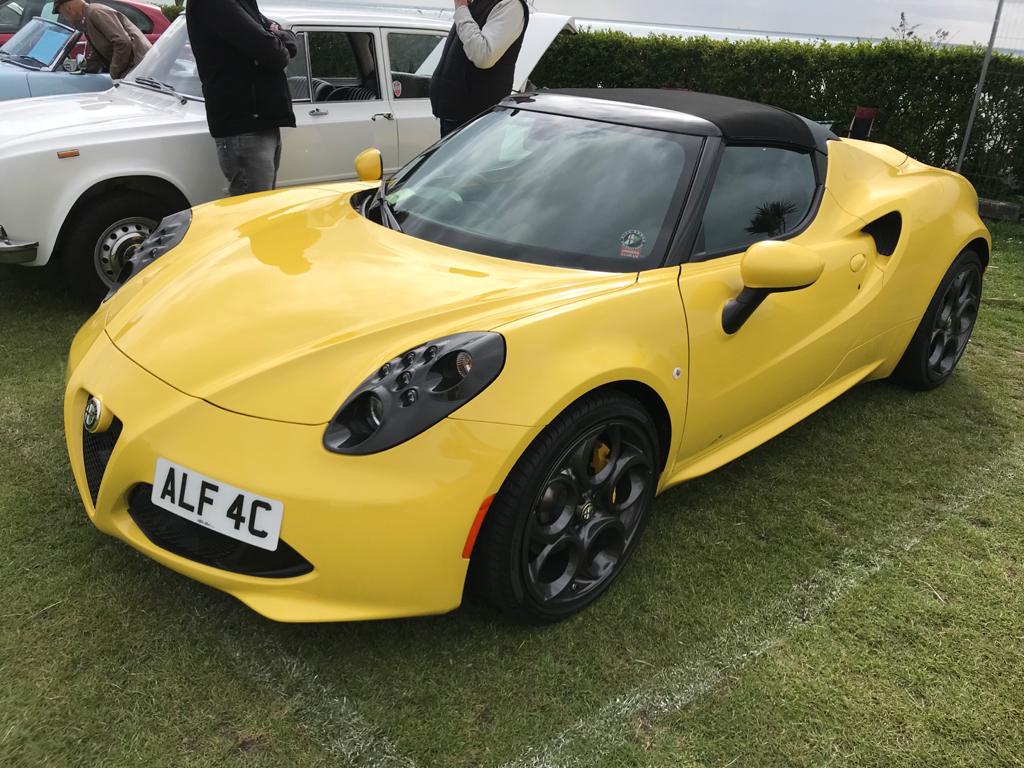 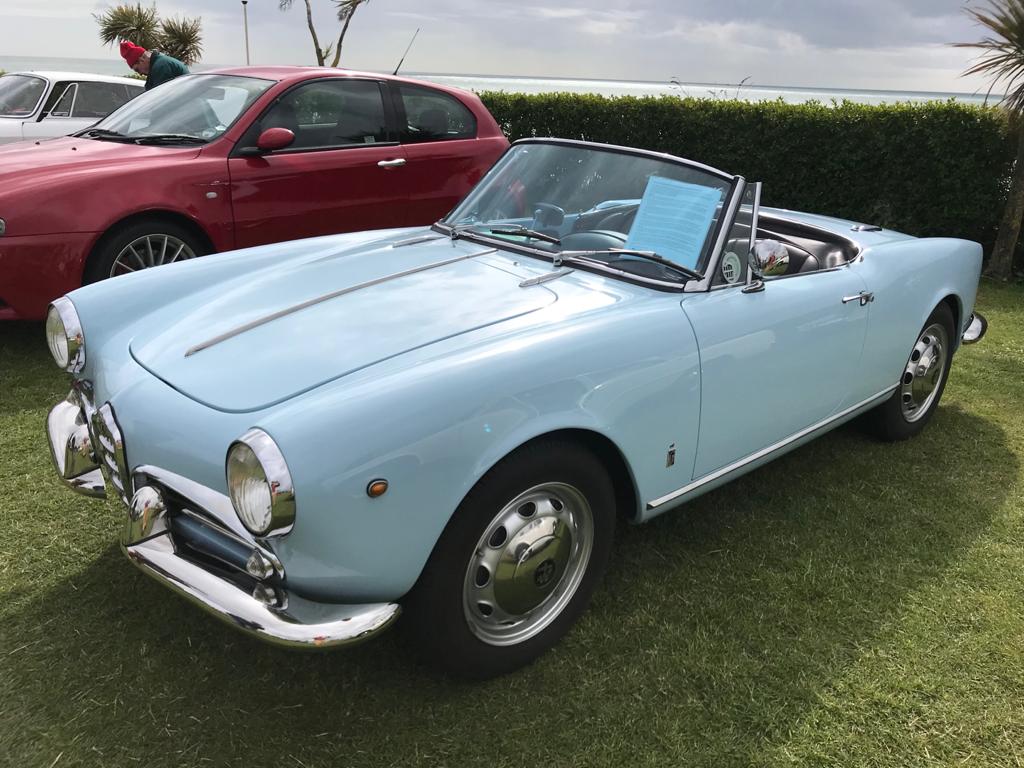 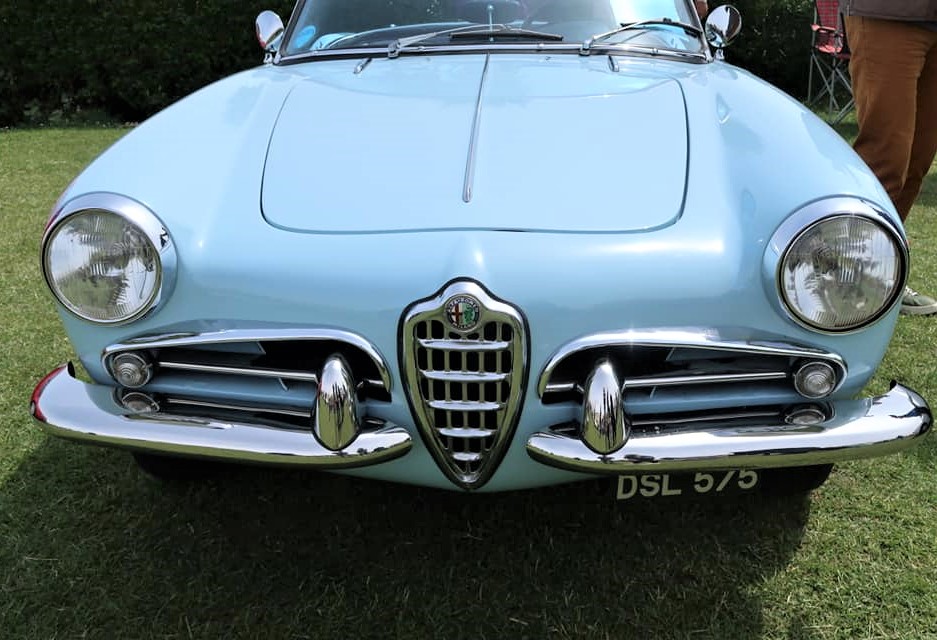 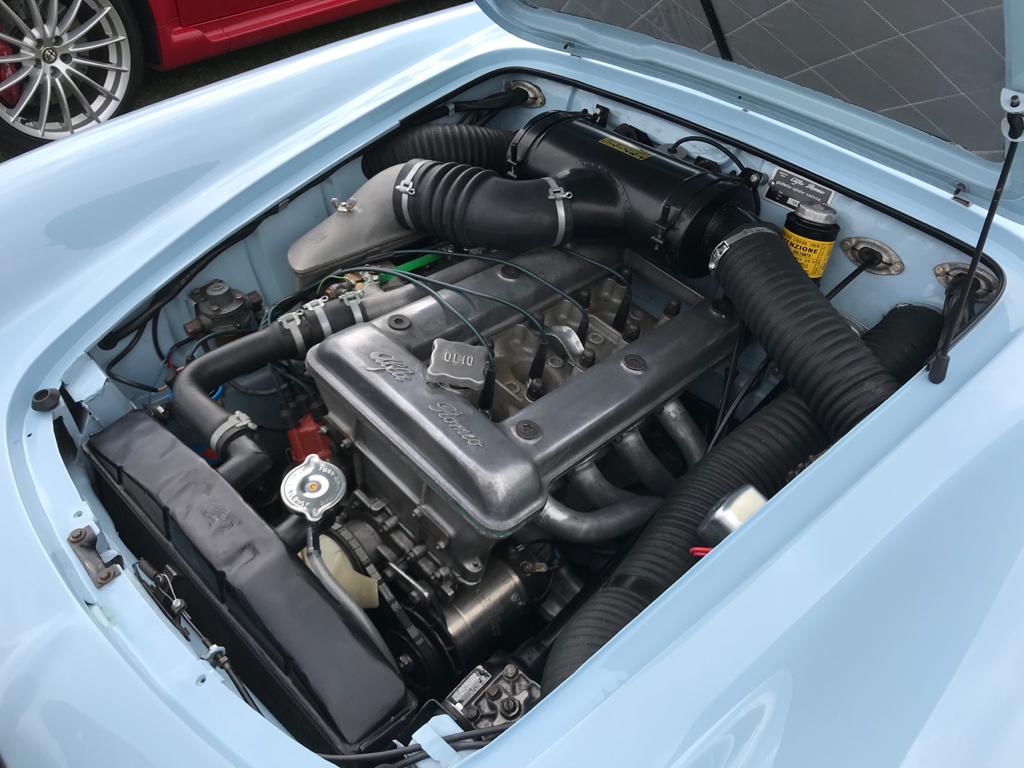 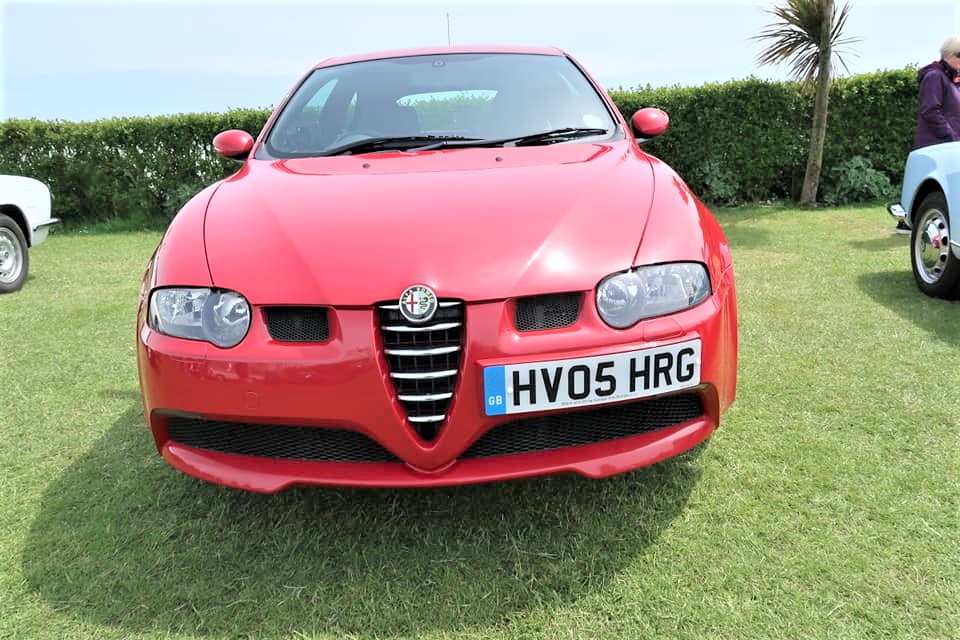 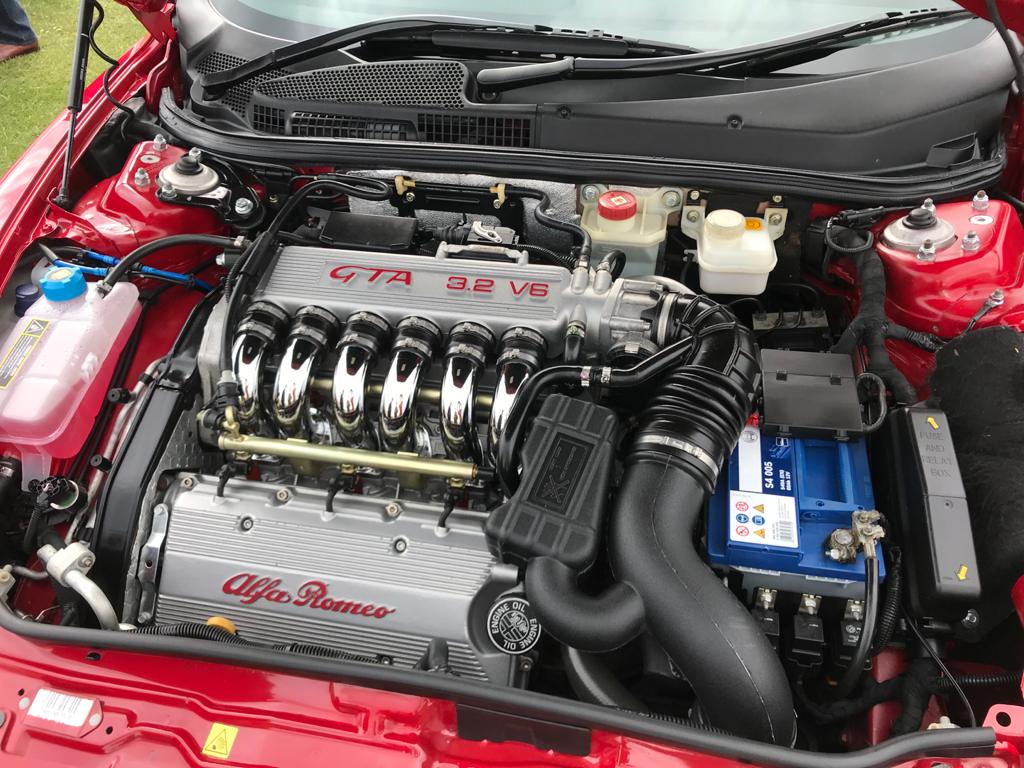 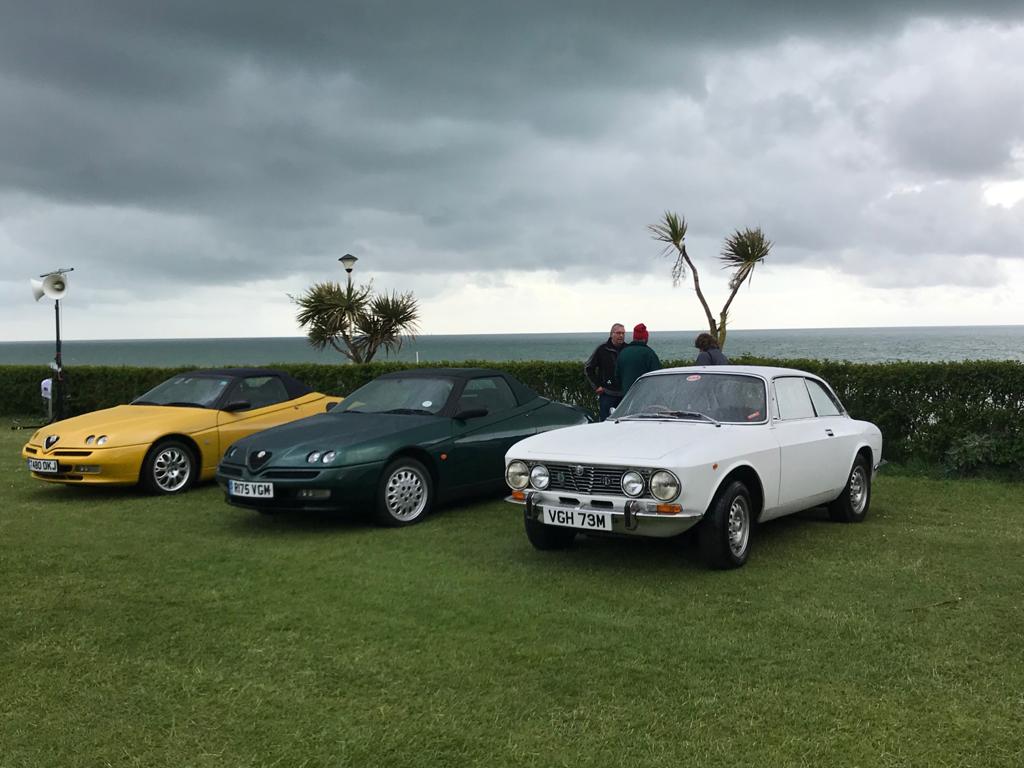 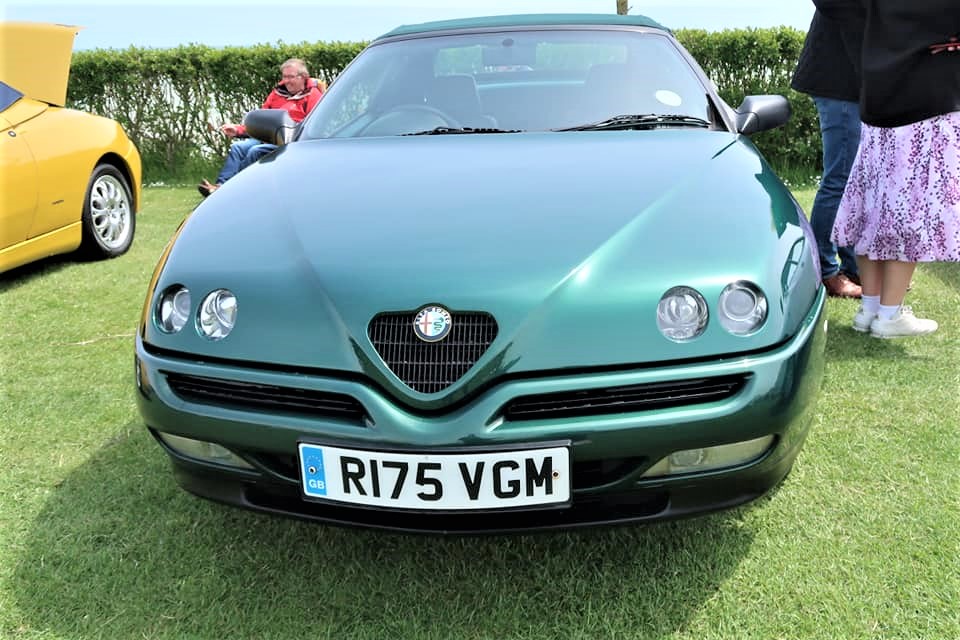 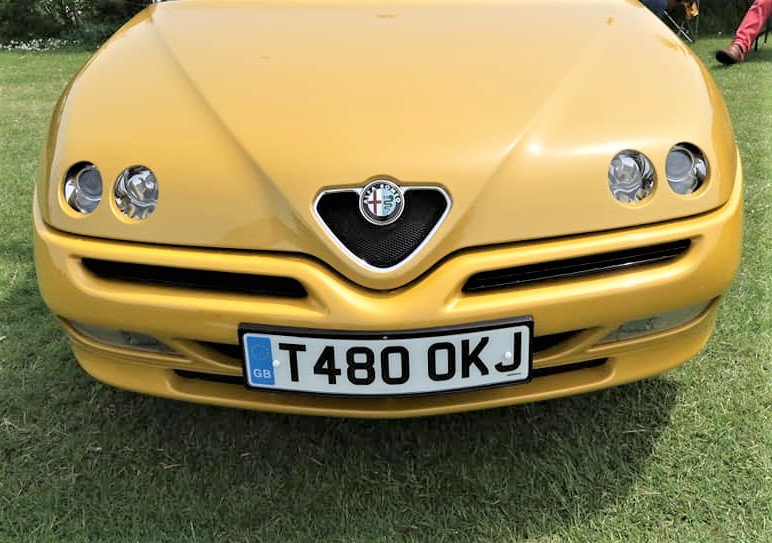 It was special to see Doug Field’s Red 147 GTA in all its glory. This is a car which has spent months if not years in hiding but has finally stepped out into the limelight. It is true monster of a machine but looked innocent yet purposeful parked in our display. If you get up close to this GTA ask Doug to show you the engine! You will not be disappointed.

For photographic enthusiasts the changeable weather provided some very interesting effects. For example a cloudy sky really highlighted a wonderful contrast between Sunday’s 916 Spiders in Zoe Yellow and Metallic Green. Dave Hart had his spectacular Zoe Yellow car at the show on Saturday which prompts the thought that we may need to get these three together in the same picture one day.

Eastbourne has a pier and it was worth the walk along the seafront to pay a visit. The pier was built in 1865. The town was a popular destination for tourists and holidaymakers and from 1906 until the Second World War in the summer season there were day cruises to Boulogne, departing Eastbourne Pier at 10:50 am and returning at 10:40 pm all for the princely sum in 1937 of 11 shillings and 6 pence (£40 pounds in todays money)! 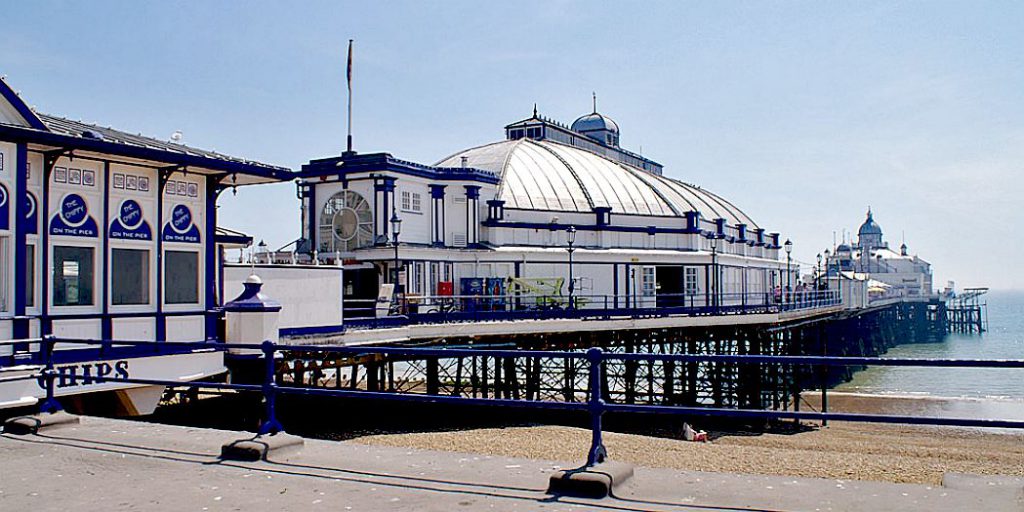 It was a great day at the seaside and well attended by the public too. The Alfa Romeo displays on both days made a significant contribution to style, elegance and magnificence in the car show.