Car shows over the last few years have just been getting bigger and bigger. Whitstable for instance saw the narrowing of space between cars and the making of more cash for the organisers. So it is quite reassuring that the Grand Old Timer Rally on the Leas at Folkestone has the potential to accommodate a couple of hundred more vehicles than the over 400 that turned up. The Grand itself reminded me of Downton Abbey but on the seafront with much better views of the channel and today of the French cliffs twenty or so miles across the water to the continent. 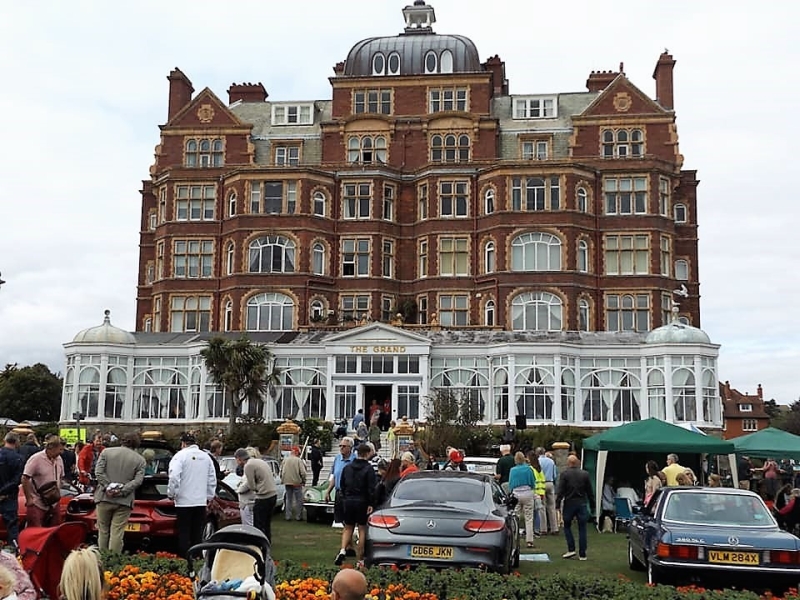 The luxury of this show is that you can eat a perfect full English, enjoy lunch in the massive conservatory or indulge in a cream tea (for that you have to order a few days in Advance) alternatively you can grab a bacon butty, burger or a coffee from the Grand’s stall outside. The staff are incredibly polite and it’s always a treat to have a bit of luxury in a splendid, genuine and Victorian setting.

It does not come out very well on the photo but France was very much in evidence in the photo. The strange thing being that last year the weather was beautiful in the sunshine but you could not see France across the water at all. This bank holiday weekend was just recovering from an onslaught of rain the previous day and the clouds looked really threatening. That said the rain held off and there was a bit of sunshine that made the day more enjoyable. 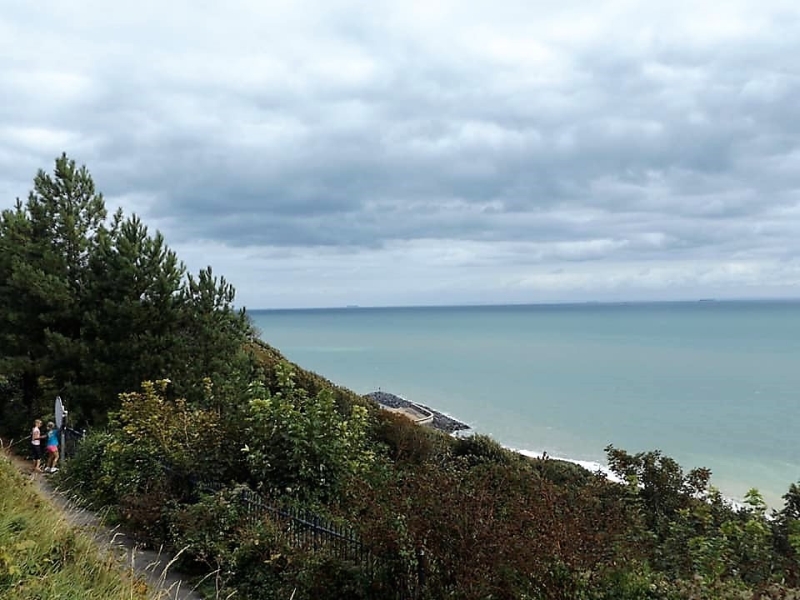 We had a good turn out from the club including from left to right Fred Baker with his granddaughter, Laura who works in the brewing industry and his prized White GTV 2000, Graham Duplock and his red 105, Jeff Kaby and his series three Spider, Keith Barker and the red Brera, Roger Smith and his red Kamm tail Spider and yours truly with my little red MiTo in which I was showing off a brand new stainless exhaust which I made everyone have a look at. Fred Baker just made me smile with his infectious laugh and that more than made up for the sparse sunshine. 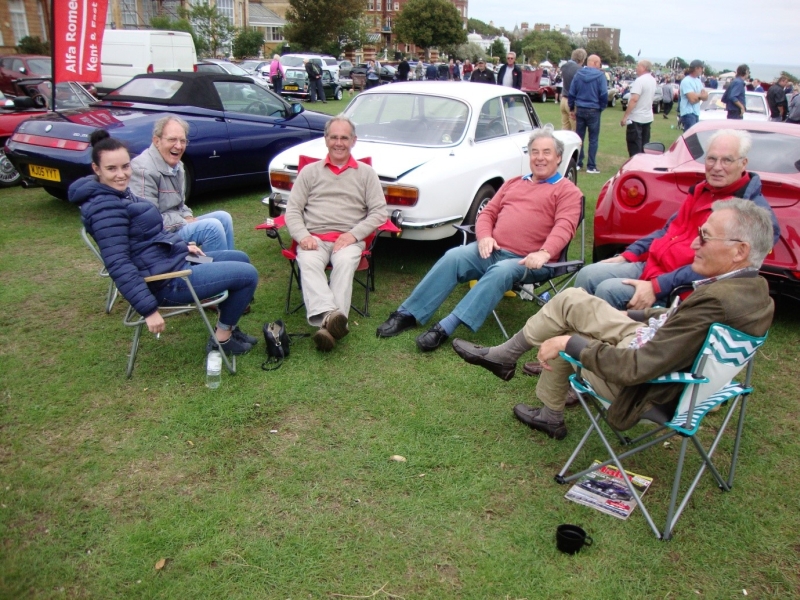 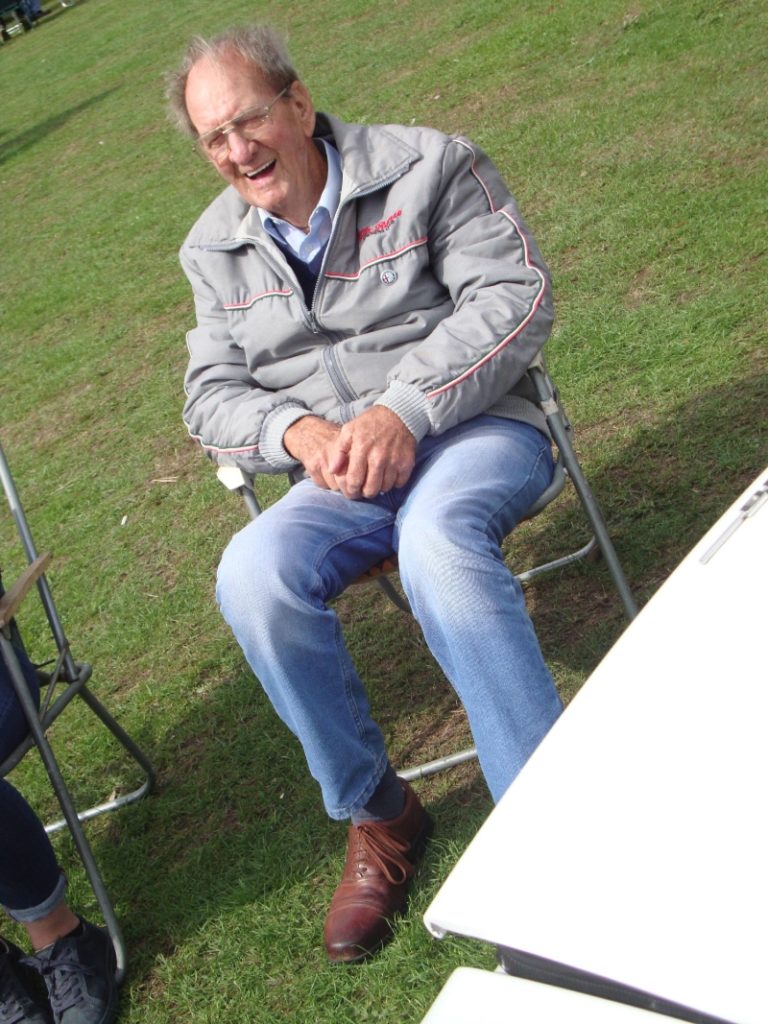 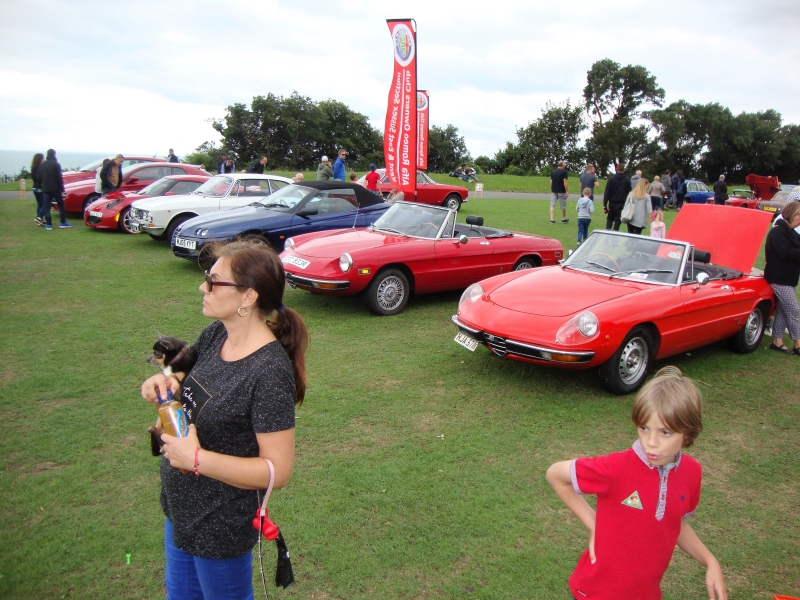 Steve Geary arrived in a “van,” which he parked off-show and popped along for a chat. Incidentally he hasn’t sold his Spider yet, which surprises me and that was pictured and featured in the Whitstable 2018 article. Graham Duplock mean while was stuffing his face with a double 99. 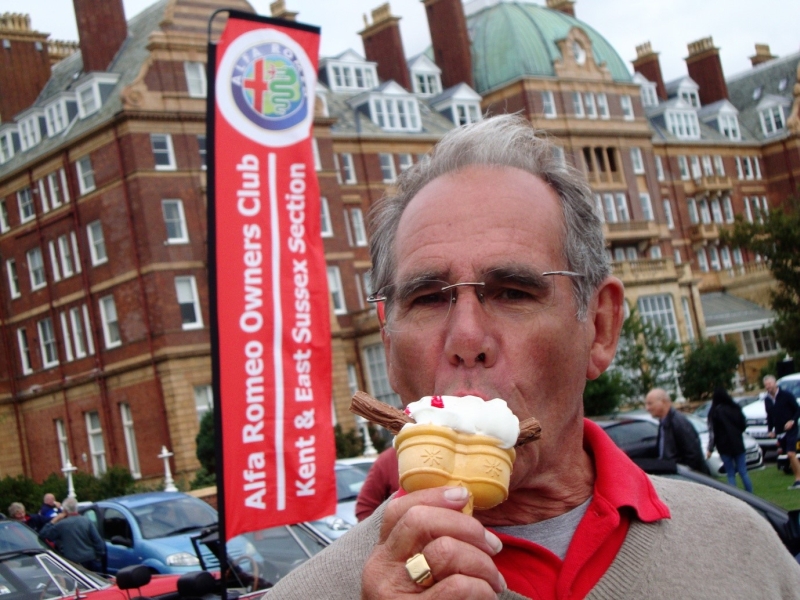 This was a good show really especially since Dover Regatta the previous day had more or less club wise got rained off together with the 1800 hours bar on movement made it a bit of a, “no-goer.” The rain there melted the will of the police and the barriers were lifted at 1400 showing how bad the weather was. We could have done with a bit more sunshine but were really spoilt last year with the temperature and sunshine. But then again this is England and all attendees left with a plaque to remember the day and you can’t get better than that. 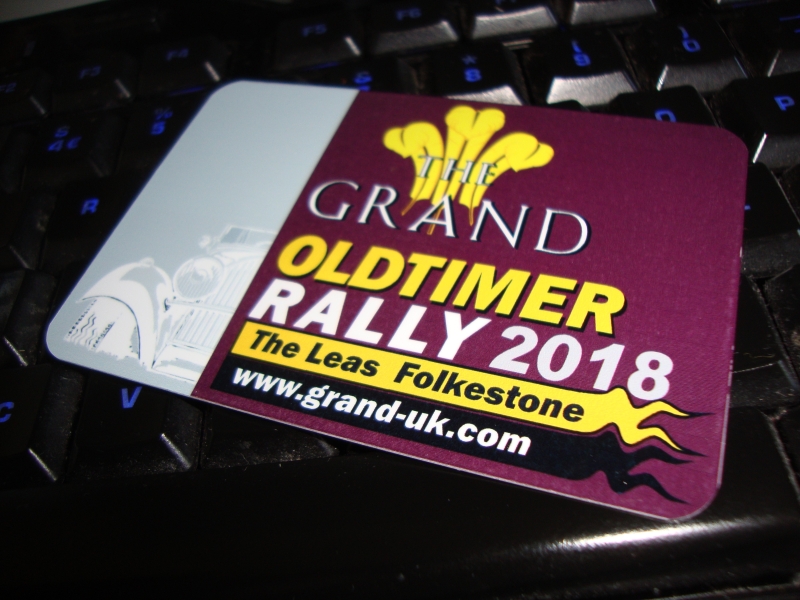